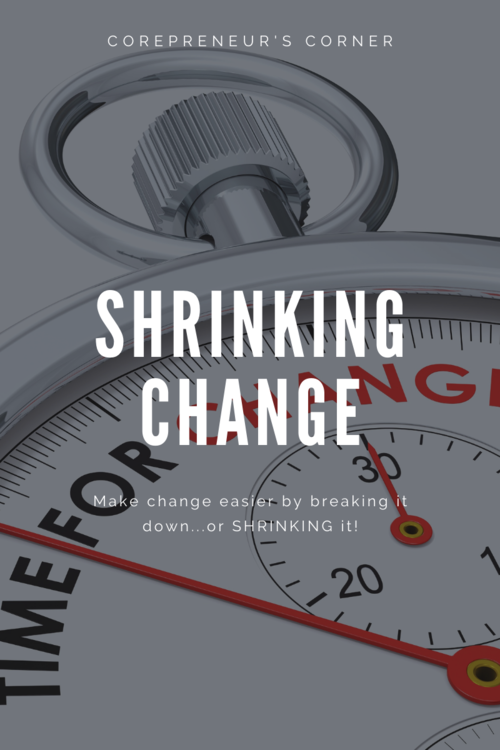 Make change easier by breaking it down…or SHRINKING it!

For most people, change sucks. Not for everyone though. Much of this depends on how you look at change and working toward changing your perspective.

As a leader, you know better than probably anyone else that change in an organization is very difficult.  It’s difficult to change what you’re accustomed to doing and start something else.  It’s particularly difficult to sell the whole change idea to the people that are reporting to you and other who are affected.

One reason is that change pulls people, as we all know, out of their autopilot.  Autopilot feels comfy. It feels recognizable, it feels safe, it feels predictable.  Anything outside of that autopilot automatically starts to feel a little scary for a lot of people.  The autopilot thing is very real. The comfort zone, that feeling of safety? That’s a very real thing. However, I feel there’s something else going on because I believe that as humans, we also like very simple. 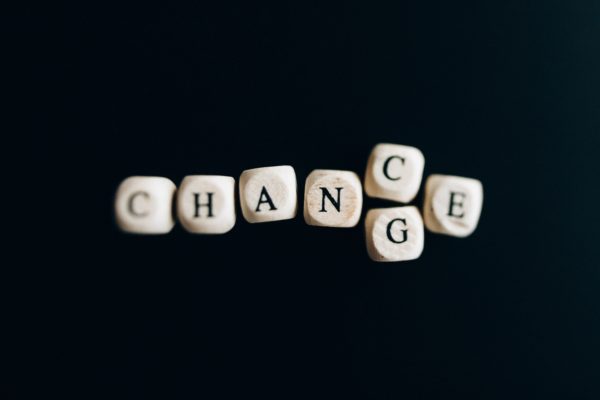 Autopilot feels simple but if you’re in autopilot in a process that actually feels cumbersome, and annoying, and time-consuming, I believe people would generally be interested in an alternative.  There’s got to be another reason why people fear change the way that they do.

What I think it is that the fear of change is directly proportional to the perceived size of the change.  What happens with this is that the people end up choosing the thing that they know. And the offshoot of that is people don’t want to change

So what is the solution?  Something that I’ve tried in the past and it works is that if something feels too big, shrink it.  It sounds so simple, so basic, but what happens when you say to someone, or you even think it in your own mind, or you transfer this different way of thinking about this change, what happens is all of a sudden, it’s not so scary.   It becomes something that’s very easy to attain, and probably even desirable.

The first step to shrinking the change in your mind and in the minds of your team members, is to concentrate and focus on the benefits that are coming out of this change.  Look at the positive outcomes, first and foremost. Instead of being blinded by the vastness of this change.

Step two then, is realizing that bigger changes are really nothing more than a bunch of smaller changes that come together to provide this desired outcome.  If you’re able to train yourself to think about the benefits and the outcome, and train yourself to focus on and recognize the smaller increments over time, suddenly you’ll start to see the change as not so intimidating and even exciting?  If not exactly exciting, then desirable.

Let’s use an example here.  It isn’t any different than wanting to get in shape.  If you want to get in shape, you can start with something small like drinking more water, going for a 10-minute walk.  Over time, you build up a series of really great steps that will get you to the desired outcome.

If you are a new or emerging leader, check out how The Impact Formula can help you supercharge your career and positively impact your organization and those around you.